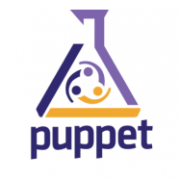 Java software-development projects are our daily business. For us it’s a common task to setup different environments for dealing with the specific needs of our customers. While we treat every customer individually we want to keep setup time the lowest possible and also leverage synergies between projects. This article shows how we achieve that using Puppet for configuration-management.

So how can we reuse infrastructure? Well, there may be several thoughts coming to our head like:

As you know each of these approaches has individual problems:

Each of these approaches are having drawbacks, so how do we tackle them?

That’s quite much – So how do we get there?

Model-driven infrastructure combines several benefits when doing configuration-management. Models are describing the target state of a system so when applying a model to a system the actual difference will be calculated alongside with the changes needed to get to the target state. These steps are then executed in a final step to the system bringing it into a consistent and well-defined state.

Having infrastructure defined as code makes sense in many ways to us because software-development is our daily business and therefore we can use all the development-tools like IDEs, version-control-systems, build-servers etc for developing and testing our infrastructure.

Our infrastructure code is modular and thus reusable and we use it for automatic rollout to our test or production environments. In fact it doesn’t matter if we use a model for 1 installations or 100 – the model defines a target state and the installation will be done automatically.

Once we have developed an infrastructure-model it can be shared between our developers and projects to parallelize development and rollout. Having similar setups between projects – our developers immediately find their way around even in totally new projects.

Most of the modules we use are Open-Source-Software which we make even better by contributing back. For stability we lock specific versions of these open-source projects because we must have stable and reproducable results.

Ok, this modelling infrastructure sounds good but how do we actually do this? We’ll show you how with code-examples and some configuration.

As mentioned earlier we use Puppet for modelling our infrastructre. Puppet provides a declarative language that lets you define your “infrastructure as code”. With Puppet you can describe your configurations and the relationships between resources. Puppet is also unique in its ability to simulate deployments, giving you the agility to make small and big changes without disruption to your infrastructure.

We use quite some modules here for this sample model we want to address a quite common java development stack that is tomcat with mysql, jenkins and grails. Also we’d like to have a FTP-server running on that server for easier access. As you already noted there are some other modules used up there as transitive dependencies. BTW: as you have maybe seen, we also use our custom puppet-module called puppet-tomcat-manager. You can download, fork it or use via librarian-puppet. Pull requests are welcome.

Ok, that’s fine but what happens when there are changes on puppetforge or github? Below you can see how we do the version-locking for each module.

We are locking specific versions of modules that we know they work in isolation and also in combination with other versions of other modules. That way those OSS geniuses can continue doing a great job and we can just continue using a specific locked version. And if we feel like it we try out newer versions in our environments first and let our customers benefit from the latest mature open-source modules.

Finally with these building blocks in place we can model our infrastructure that consists of nodes which have different configuration.

Like we said before with a programming language for configuration-management you have powerful ways of configuring your infrastructure. When looking at the code we see that it is quite readably due to concepts like inheritance, modularization and separation of concerns.
Also to get into a little bit more detail – when comparing “Project-1-DEV”-node to “Project-1-TEST”-node, the second models that a tomcat instance is always running on port 8181 which is quite useful for a test-system for example. The other node models that Jenkins is installed, so this can be seen more of a development-server.

In this article we have described what we do when we have to provision infrastructure for a java project. With the described solution we are able to automatically rollout setups, define modules and reuse them across projects and also use exisiting modules and extend them. All components used here are open-source so we won’t have any licence-costs at all.

Moreover this approach also works for virtualized environments as well as for full cloud-provisioning which consists of automatically provision and configure cloud instances from zero to fully operational, whether you’re using VMware’s private cloud or Amazon EC2′s public cloud. 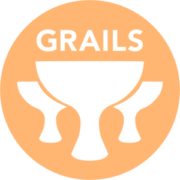 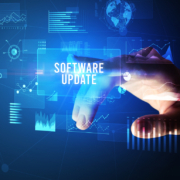